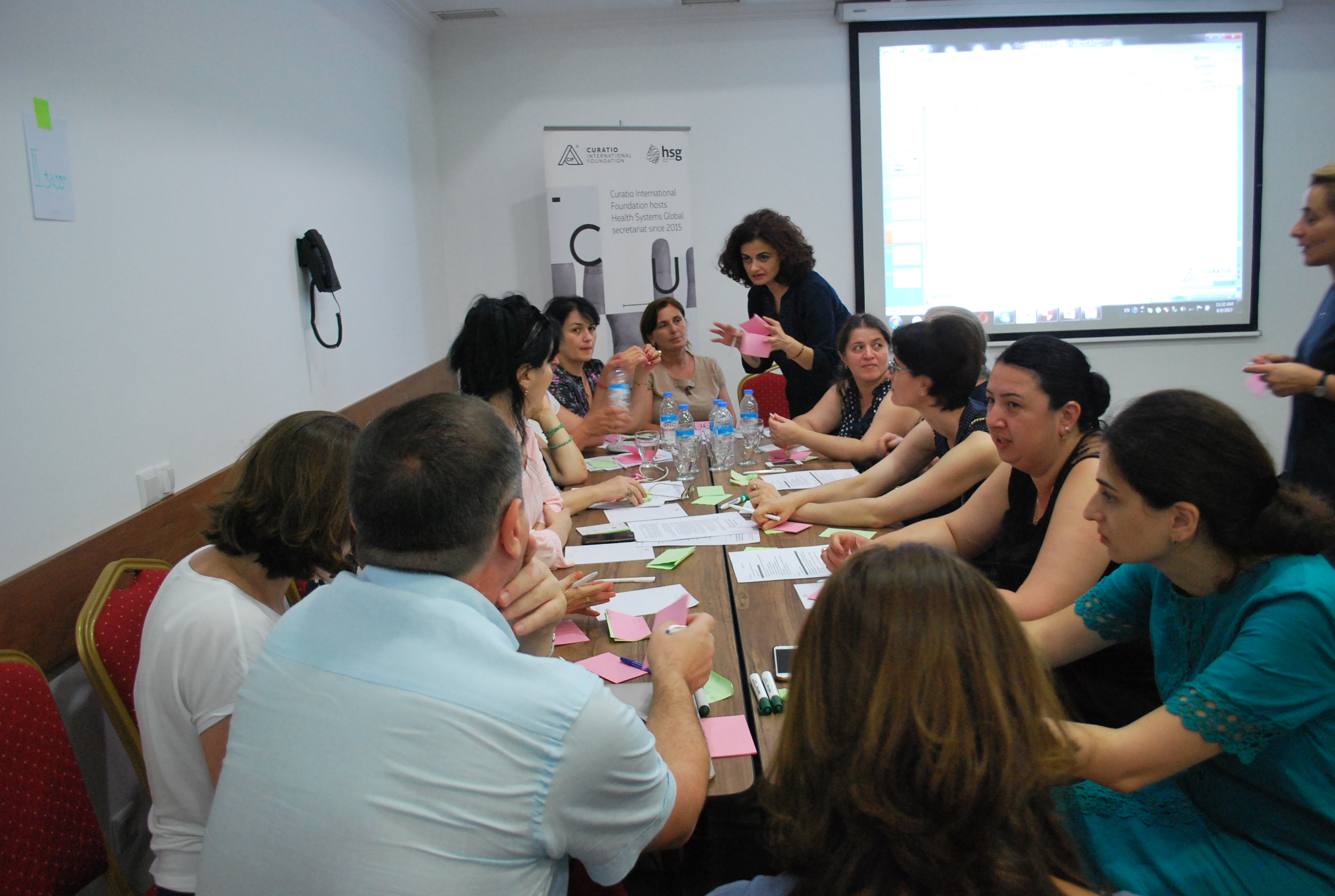 Following the first PT workshop the research team drafted the intervention concept and held several meetings with the main stakeholders from the National Center for Disease Control (NCDC) and the Ministry of Labour, Health and Social Affairs (MoLHSA) of Georgia to introduce the concept and discuss certain critical issues with them. The meetings were helpful to proceed with further elaboration of the intervention concept, however, there were pending issues that required discussion with the wider audience of the stakeholders.

The 2nd workshop was conducted in Tbilisi, Georgia on 9th of August to discuss the programme theory, specifically to get feedback from stakeholders on the intervention concept and fine-tune it. The initial program theory that was developed by the research team based on the first workshop findings and independent discussions with NCDC and MoLHSA representatives.

The second workshop was divided into 2 parts:

Part 1. The first part of group work required individual work from each participant. They were asked to provide their thought about expected effects or results (positive and negative, short-term and long-term) of the intervention

Part 2. Second part of the group work implied team work. Participants were discussing about processes and mechanisms that would help the intervention to reach the final goal and defining essential conditions and contextual constraints for the policy successful implementation.

Based on the second workshop findings the research team was able to finalize the programme theory of the project.

A pilot of a new intervention launched to Improve adherence to TB treatment and its outcomes in Georgia
August 22, 2019